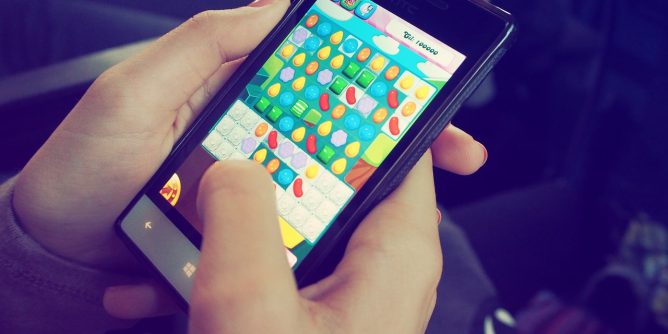 There are many wonderful things about mobile games: they don’t require you to stand still, they are relatively simplistic, and they are so fun to play! Aside from online bingo and other online casino games, here are several mobile games that people played the most in 2018.

If you like card games, you’ll love this one. Hearthstone is a card game from the Warcraft franchise. In it, you construct a deck and battle other users from all over the world.

You will witness the might of several Warcraft heroes, like Jaina Proudmoore, Thrall, and Malfurion. Each hero comes with their own special ability you can use once during the game. Building a good deck takes time, and there are over 1,700 cards to choose from.

A great way to relax and say goodbye to stress. Alto’s Adventure features a snowboarder that does flips and grinds as the scenery behind him changes. You control Alto with a single touch and the game is more than worth its price.

This game is particularly popular among younger users, especially if they have played Clash of Clans before. Clash Royale is a card game where you build a deck and face online opponents. Your rank will be displayed in the form of trophies you win and you can create clans. Represent your team and crush their enemies!

Fans of the FF series will enjoy this title, as it is full of things we usually associate with Final Fantasy: grinding, cool animation, special moves, and turn-based combat.

It starts off simple and moves on to more complex and intricate gameplay as time passes. You will need to think strategically to go past certain points. As far as freemium games usually go, this is a pretty decent title.

With so many Mario titles, it is difficult to recapture the spirit of the original platformer. Mobile users have a chance to control Mario by simply tapping the screen to make him jump and that’s it. Our favorite Italian plumber does all the running for you. The game is fun and addictive, though somewhat pricey.

Those among us that have enjoyed playing Cookie Cutter will gladly spend countless hours playing this game. Egg, Inc. is a clicking game in which you escort your chickens to the hatchery. They lay eggs which you sell, enabling you to earn more money and upgrade your farm. You can add more chickens by tapping the screen.

Niantic took the game mechanics and design from their previous hit, Ingress, and combined it with Pokemon. The result is Pokemon Go, an augmented reality game where you travel around in the real world, catch Pokemon, hatch eggs and do missions. It is a free game with in-game purchases. While the mechanics are slightly different from the usual format of Pokemon games, fans are still eager to catch them all. Now, if you’ll excuse me, I’m off to win a raid.