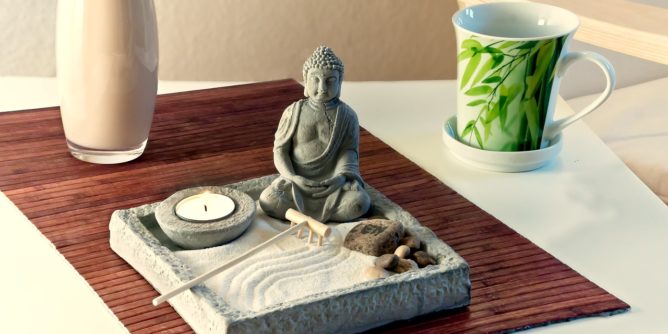 There have always been some practices and approaches to life and everyday living that have left the uneducated baffled. It seems like magic, voodoo or something that only true believers practice. On a more practical note, some traditions are effective, no matter whether they are based in religion or mysticism.

Feng Shui is an ancient practice which has to do with how we organize our living space and how the objects inside affect the energy around us. We want positive Chi or energy, so we can apply the basic principles of Feng Shui and make our home a better place.

The five elements have been a part of traditional Chinese culture for a long time. The five elements are fire, water, earth, wood and metal. These five elements affect how the rooms and living space will feel. They have to be placed in the right place, which has to be determined by using an energy map or a bagua. Baguas play a significant role in Feng Shui and will be the next principle on the list.

Bagua – Energy Map – Each Area Has a Connection

Baguas are very specific and correspond with parts of a person’s life and one of the five elements, as well as the compass direction. They are traditionally divided into 8 areas, for each of the eight compass directions. South is for example, Fame and Reputation and has the element of Fire while West is Children and Creativity and its element is Metal. Placing corresponding elements and objects in a part of your home should stimulate the energy of the part of your life that you want to enhance. Baguas are complicated but there are applications and helpful tips which can simplify the process of mapping your home’s energy.

While elements and parts of your home are important, the colors also play a vital role, as one could expect. Colors are important because they relate to the elements and the energy they are associated with. You should not use colors which contrast the element for a certain bagua. Have that in mind and find the right colored objects. Fire requires fire-colored objects, and the same goes for wood and metal.

Feng Shui can be simplified but it is a tradition which is a couple of thousand years old, so one should not take it lightly if they want to decorate and rearrange their living space according to it. These are simply the basic principles, but Feng Shui is so much more. Try it out, you might wake up feeling better.